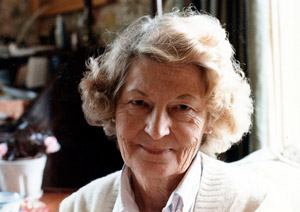 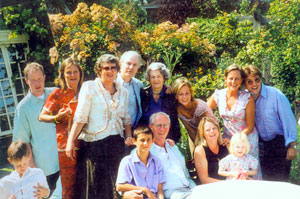 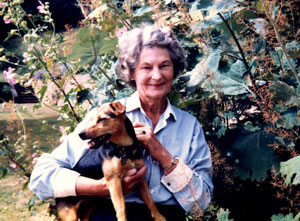 My mother Moyra in her garden 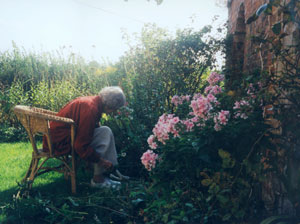 I like this photo of my mother in the garden in Somerset. She always likes to do a bit of gardening and this was taken when she was 90. 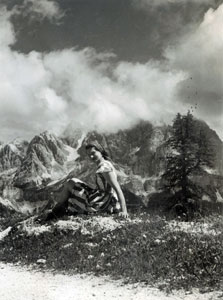 My favourite photo of my mother, Moyra, taken by my father in Cortina d'Ampetso 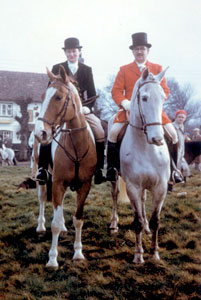 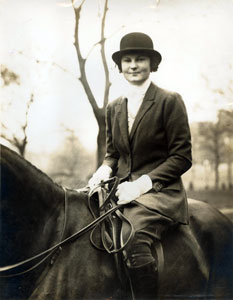 Moyra riding in Hyde Park in the early 1920's 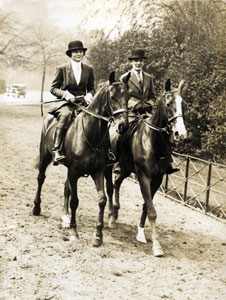 Moyra in Hyde Park with the young Earl Haig 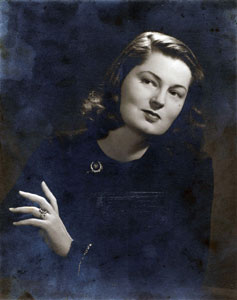 A photograph of Moyra taken in 1943 by Karl Schenker 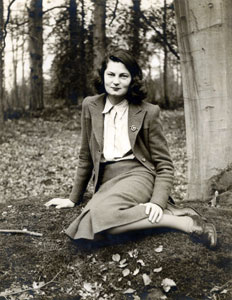 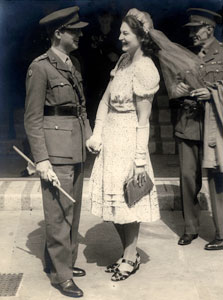 My parents on their wedding day at Caxton Hall in London. It was wartine and my father was in his army Major's uniform. My mother made her dress and veil. My father left for North Africa soon after their wedding,

Moyra with her brother Desmond. I have the little suit he was wearing which is green. 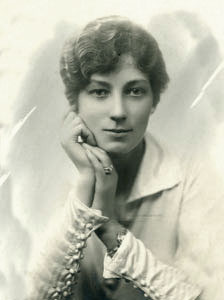 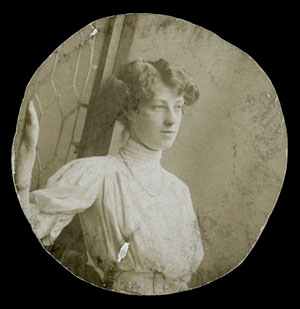 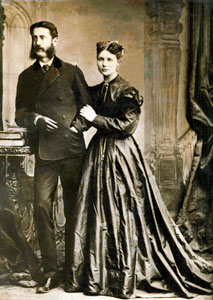 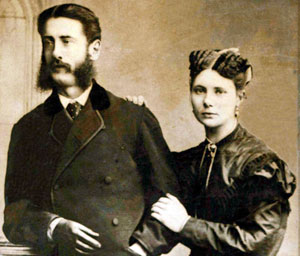 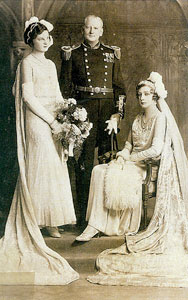 My mother, aged 18, with her parents, Surgeon Commander Bryan Kenny and Lilian Kenny (nee Denison) on their way to Court for Moyra to be presented to the Queen (Mary). 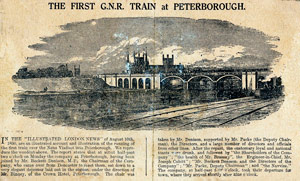 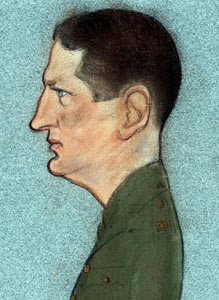 A caricature-style portrait of my grand-father Surgeon Captain Edward Bryan Kenny, Royal Navy.
At the time this was done he was in the Naval Division of the Army and served in Gallipoli where he later lost a leg in battle.
Click to see full image 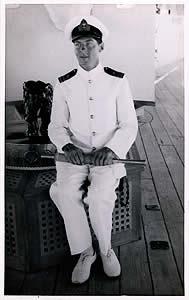 My mother's brother, Commander Desmond Kenny R.N. on board HMS BIRMINGHAM (Aden) 1950.
He is holding a naval telescope which I still have. It was was covered in white maritime cord knotted like crochet so that it is not too hot or cold to handle in extreme weather and does not slip.
Click to enlarge