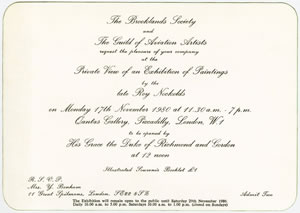 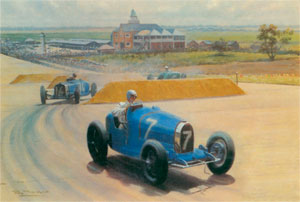 This painting is by Roy Nockolds, my uncle. He specialised in motoring and airplane paintings, particularly concentrating on aircraft during the second World War when his uncanny ability to memorise shapes was put to good use. Roy told me that he could see a cloud from a plane and memorise its shape so that he could paint it when he got to his studio. He could also do this with buildings and vehicles. This ability seems to have been inherited from our 17th century Dutch ancestor Jan van der Heyden who had a similar talent for detail. 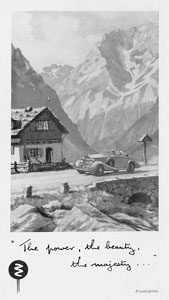 This is one of three illustrations of paintings by Roy which appeared in my father's book 'The Magic of a Name', which detailed the history of Rolls Royce. 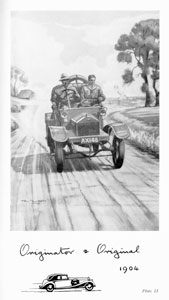 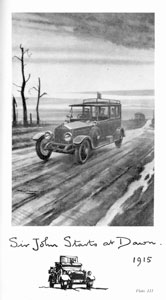 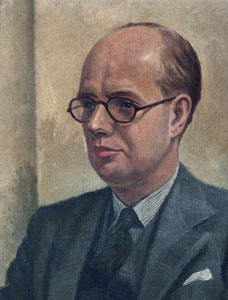 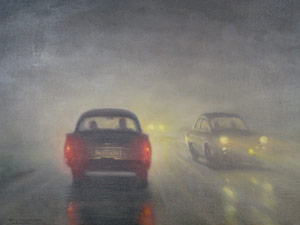 'Driving Home in the Rain' Oil on canvas by Roy Nockolds 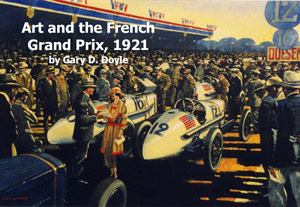 A tribute to Roy Nockolds by Gary D. Doyle in
'Art and the French Grand Prix, 1921'

Click here to view article as a PDF file 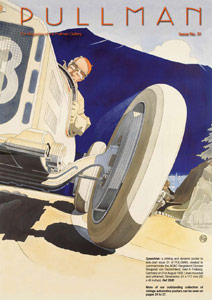 Click here to view article as a PDF file 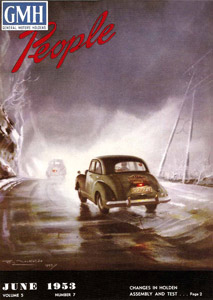 The Cover of GMH People magazine, June 1953 celebrated the Holden's role in the Monte Carlo Rally with one of Roy's paintings.